The name “El Camino” was inspired by a line in Antonio Machado`s poem where he says: Walk where there is no road, for you create the road by going. Faithful to her name, Colegio El Camino continues to create new paths or new ways to learn and prosper, as students go along their way in life. 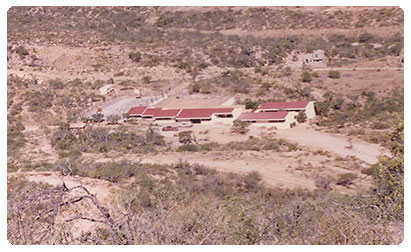 With a desire to bring a higher level of quality education to Los Cabos, a dedicated and enthusiastic group of parents opened the doors of the newly formed Colegio El Camino on September 15, 1983, sponsored by the Diaz Rivera, Coppola and Parr families who helped construct the first building. With that commitment, the dream that was to become El Camino began to take root and grow.

The school grew rapidly as a result of the hard work and dedication of subsequent boards, parent associations, teachers and alumni. Under the direction of Sisters of Conception Nandino Diaz, a high school was then established on September 22, 1986.

In response to community needs, in September of 1989 – only 3 years later- Colegio El Camino opened 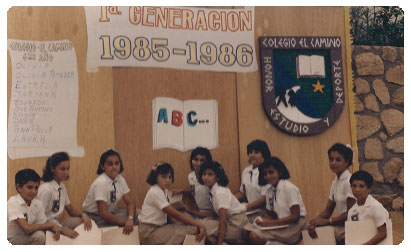 and was registered with the Education Secretary as the first Middle School in Los Cabos.

In the 1991-1992 academic year, Dr. Carmen Vazquez de Echeveste joined Colegio El Camino as General Director and remained in this position until 1996, during which time she oversaw the full functioning of all three educational school levels and witnessed the graduation of the first generation of students whose educational experience and preparedness far exceeded official scholastic requirements.

In 1997, Engineer Carlos Arriaga and Alejandro Cervantes took over the reins of the institution, imprinting their trademark of incorporating new methodologies and programs to give the school its own unique identity, utilizing a Program of Values, which once applied throughout the school was well received by the local community and subject to much applause in the press. 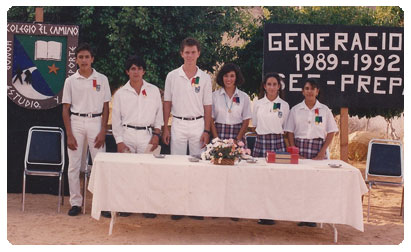 From 1999 to 2008, Professor Cecilia Etchegaray assumed the role as General Director and dutifully carried out what had now become more crystallized as the mission statement: to maintain its position as being the best educational institution in Los Cabos.

In order to take advantage of educational developments that could potentially improve and strengthen the school, in the 2006-2007 academic year the Board decided to enlist the services of consulting group Almaguer Asesores, S.C. to design new educational programs. Recognizing the need to incorporate increased globalization economies, education and technology as part or our everyday life and work , these important changes were integrated into our core values of bilingualism, leadership development and social responsibility.

In the 2008-2009 academic year M. C. M. Julieta Espinoza Trasviña took over as General Director and created a Nursery School and Pre-School section with three grades, improving our overall campus with the installation of more bathrooms and a new playground to serve our youngest students.

Our current General Director is Mr. Heath Sparrow, who has extensive background in education including two master degrees, one in Educational Leadership and the other in Multidisciplinary Education. 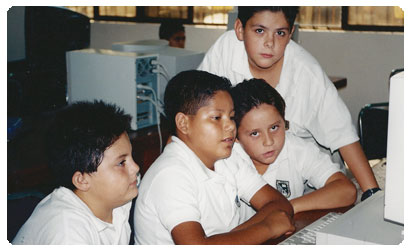 With his selection as the Director, the Board informed the community of El Camino and Los Cabos of its commitment to continuous school improvement seeking international accreditation with Cognia and the Association of American Schools of Mexico (ASOMEX), the International Baccalaureate Diploma Program, which Mr. Sparrow lead to successful completion in the Spring of 2014 and distinguishing El Camino as the only school in Baja California with that honor. The school was accredited with the International Baccalaureate Primary Years Program in the Spring of 2017 and has finished the feasibility study for the IB Middle Years Program and is in the process of applying to be a candidate school. This philosophy of continuous improvement through international accreditation, and systemic changes to processes and teaching and learning will ensure our school maintains the high quality education we have always prided ourselves upon.

Our High School students have earned first place at the state level in the national evaluation of ENLACE (Evaluación Nacional de Logro Académico en Centros Escolares) exams, have been recognized and accredited by national universities like ITESM, ITESO, UDLAP, UAG, ANAHUAC, and accepted into international Universities like University of Pennsylvania, University of British Columbia, UCLA Berkeley, University of Leeds, University of Arkansas, University of Arizona among others, gaining automatic entry in the many institutions mentioned above and Scholarships for Academic Excellence. Helping to ensure future success, we have on staff some of the most highly qualified educators who are responsible for creating community leaders in the academic, cultural, artistic and social arenas throughout the world. 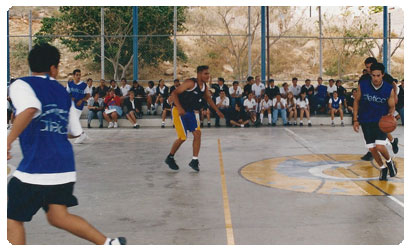 parts of the globe and as we create our future “history” we look forward to serving our community and students and remain faithful to keeping El Camino in the forefront of educational excellence.

Please make it a point to visit our wonderful education facility in the northern Pedregal in downtown Cabo San Lucas, Mexico.